The Best Places in BC You’ve Probably Never Heard Of

By discovercanada | July 28, 2021
View Blog
“Oka-WHAT?” or “the WHOneys?¨
You’ve heard of Western Canada’s world-famous tourist destinations the Rocky Mountains, Whistler and Victoria. Every year millions of tourists flock to these places, and for good reason. But what most international visitors miss are the locally popular, quietly famous spots like the Okanagan and the Kootenays.

If you’re thinking, “Oka-WHAT?” or “the WHOneys?” you’re not alone. Most people outside of Western Canada haven’t heard of these places either. But if you want to get off the internationally beaten tourist track and discover where the locals love to go, you will not be disappointed by a road trip through southern BC… Unless, of course, you hate incredible hot springs, breathtaking scenery, world-class wineries, and exploring the desert. If you head east from Vancouver to Hope, follow BC’s southernmost Highway 3 “The Crowsnest,” and manage not to get attacked by a Sasquatch, you will eventually emerge from the crisp, deep green forests of Manning Park and the Cascade Mountains into the dryest, hottest place in Canada: Osoyoos, the heart of the Okanagan Desert.

A desert… in Canada?

Yes, the Okanagan is home to Canada’s only desert. Those lush, forested mountains create a rain shadow that shelters the Okanagan Valley from their rain and moisture. It’s not all dry, though: through the centre of the valley run a series of lakes, making the hot, dry land surrounding the lakes incredibly fertile. The Okanagan has always been a popular place to live and travel, originally for the “Okanagan” First Nations people with their thriving desert culture, more recently for sunshine-loving people of all origins, and most famously for the area’s legendary resident, Canada’s own Loch Ness monster: The Ogopogo.

The Okanagan’s lakes are one reason why British Columbian locals flock to this area in the summer: fresh water swimming, wakeboarding, jet skiing and more, it’s a verifiable summer paradise.

The other reason, of course, is the wine. The Okanagan is home to a relatively new wine industry – up until the late 1980s, most of the agriculture consisted of peaches, cherries, apples, and other fruits. In the last couple of decades, though, Okanagan wine has made a name for itself on the world stage, winning awards and drawing wine aficionados from around the world. While the Canadian wine industry in general has a reputation for making ice wine, the Okanagan excels at dry reds, whites, and sparkling wines. However, not much Okanagan wine makes it out of BC, which means… you have to come here to try it for yourself!

Osoyoos, at the southern tip of the Okanagan, has the driest desert, the warmest lake, and the best wine. It is also right off our Crowsnest Highway, making it the perfect road trip destination in the Okanagan.

After swimming in the lake, tasting the wine and exploring the desert culture, it’s time to hit the road again. Heading east from Osoyoos, don’t miss a pit stop at the Anarchist Mountain Lookout to take in the breathtaking view over the Okanagan Valley behind you (and of course take a panorama photo to make all of your friends jealous on instagram).

From here the highway will take you into the southeastern corner of BC: The Kootenay Mountains. The Kootenays, or “Koots” as the locals call them, are a subsection of the Rocky Mountain range, full of lakes, glaciers, trails, and peppered with adventure-loving mountain towns.

Nelson is one such town, you will come to on the Highway 3 route. It is small town BC at its best. It’s the kind of place that, if you’re in a big city like Vancouver and someone recommends you go there, they will slow down and lower their voice like they’re telling you a secret: “You should go to Nelson. It’s amazing. Check out the craft breweries. (But, shh, keep quiet about it, we don’t want too many people to know how awesome it is).”

Driving from Nelson alongside the meandering Kootenay Lake, you can see above you the Kokanee Glacier, which you might recognize from every can of the world-famous Kokanee Beer! Kootenay Lake is much colder than Osoyoos Lake, with that glacier feeding down into it, but no worries if you’re afraid of cold water, for the Kootenays is also hot spring central!

While there are seemingly endless hot springs to choose from, do not miss Ainsworth Hot Springs, where you can swim right into the caves from which the natural mineral water originates.

Onward to Banff, the Heart of the Rockies!

Continuing northeast from the Kootenays, beyond relaxed from days of sipping on wine and beer, lake swims and hot spring soaks, you will eventually arrive in Banff, the heart of the Rocky Mountains. Surrounded again by scores of international travellers, now a veteran of the BC back roads, this time you will be the one giving the recommendations:

“You should go to the Okanagan. And the Kootenays. It’s amazing. But… shh… keep quiet about it.”

Sources and to learn more

What a trip! I was a chaperone for a tour with high school students. Our guides, Maggie and Tammy, ensured we had the absolute best time at Sun Peaks. Their... read more positivity, organization, and knowledge made for a wonderful experience. They handled every detail so well, we had nothing to worry about. They truly took the stress away from planning such an adventure filled trip. I was able to have just as much fun as the kids did! I'm so thankful I had the opportunity to enjoy a Discover Canada Tour, I will be booking future trips with them. 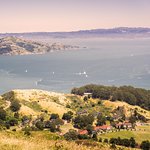 Sun Peaks trip with Robin and Simon was such a wonderful and fun experience!! Very friendly and helpful:) 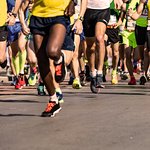 Simon and Robin — HUGE thanks - Robin and Simon made the Sun Peaks trip a wonderful experience! Put them with any group, and it’s bound to be a good time.

We went on a 3-day... read more school trip, and Robin and Simon, and our driver were great. Helped with efficiently loading busses, clearly communicated itinerary and gave wonderful suggestions of locations to visit on the trip/supported us throughout, helped with organizing ski/snowboard gear, went above and beyond with constantly friendly communication (so impressed and appreciative of this!!!), and made the bus rides a great experience. They were always available to support throughout the trip and always catered their planning to what the group wanted to do.

Robin and Simon made maximum use of our trip time while making us feel relaxed because they had all the organization handled!